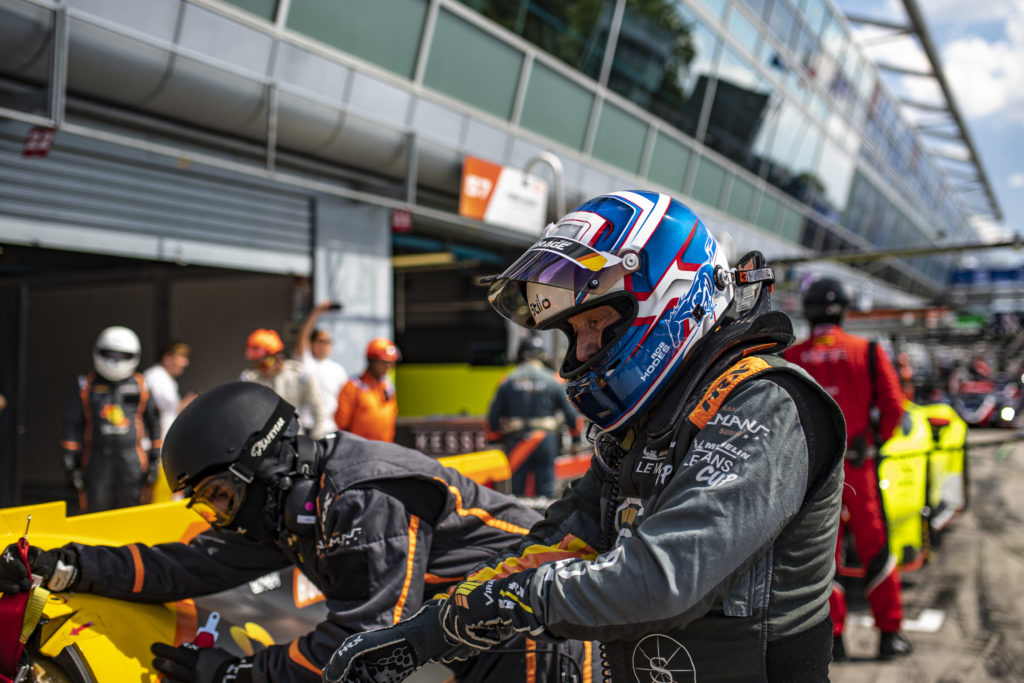 This weekend we were in Monza for the European Le Mans Series and its feeder series, the Michelin Le Mans Cup. Guests of Team Virage, who we still thanks for the hospitality, we obtained an interview with a driver that runs in both championships: Rob Hodes.

We chose Rob for two reasons. He is a bronze driver, a category of drivers often ignored but who plays a fudamental role in motorsport, because they often allow pro drivers to have a car and a team. And he is also one of the few drivers who was on a LMP3 in Michelin Le Mans Cup and on a LMP2 in ELMS. With these premises we hoped to do an interesting interview, and so it was.

“So, Rob. When was born your passion for motorsport?”

“I always had a passion for fast things. I always was involved in sports where I had to go very fast. I was a professional barefoot waterskier, and you have to go very fast to stand up. I always loved fast cars since I was very young.”

“Is there any difference in the perception of speed between the water and the asphalt?”

“It feels a little bit similar, because you have a lot of things around you when you are in the cockpit of a car, even though you are going much faster. While when you are barefooting on the water it is just you and the water, and you see the water moving very fast without any protection. So you still have this perception and appreciation of high speed.”

“You are doing both Le Mans Cup and European Le Mans Series. How hard it is to drive in both championships for you?”

“It has been more of a challenge than I thought will be. The cars are quite different, so it is the technique required to drive. I am not happy with my performance this year because of it. The guys I was competitive with, and ahead of, in LMP3 in Michelin Le Mans Cup [last year] I am now little bit behind. I feel I haven’t figured out the adjustments completely yet, but I hope to do them quickly.”

“What are the differences you have noticed in a LMP3 and a LMP2?”

“The main difference is on the braking. You attack the brakes very hard in a P3. In a P2 you won’t attack the brakes so hard, they have a little delay before coming strong. As well the way you trailbrake into corners is quite different. The P2 acts much nicer rolling in than sometimes trailbraking in the LMP3. There are subtle differences, but I think at the end of the day it makes a different that matter.”

“What are your targets for this year?”

“This year certainly in ELMS we want to have a few podiums finishes. In MLMC the competition at the front is really hard. I think there are still quite a few bronze drivers that probably shouldn’t be be categorized as bronze drivers, it is a very very strong field. I hope we can get a podium, but surely we want to be finishing much higher than we are now. We have been a little unfortunate too this year. I also have very fast co-drivers, in particular the one in MLMC is quite talented and it’s his first year in a LMP3, and I want to give him the opportunity for the two of us to do very well.”

“Thank you for your time Rob, it has been a pleasure!”

“Thank you too, for me too it has been a pleasure!”